The First in The Surf

The First in The Surf

~ Beach Pin-Up in the Central Coast ~

The first thing I asked Jessica when she walked into the studio was “what music would you like to hear?”… “Madonna!” she said. I knew instantly this was going to be a fun shoot.

Jessica’s primary objective was to do a beach pin-up portrait as well as a surfing pin-up shot. I was so excited when we first talked about it and I knew this was a great opportunity for me to get really creative and experimental, however, I was faced with a bit of a challenge. I had no idea the surf board she was bringing would be so long. I know, I live in California on the Central Coast and I have never surfed. I should have done more research on surfboards. The point is I knew instantly that it was going to extend beyond my backdrop, but that’s okay, thank God for Photoshop!  Because of the fin I had to raise the board off the ground while still giving Jessica enough stability for her to balance on the board. Two crates and two pillows did the job perfectly.

Once the shot was taken I photographed the actual surf separately so I could superimpose it against the background after the image was masked out of the studio background. I did not want it to look like she was really surfing because my vision was to maintain the pin-up illustration effect.

Along with the beach pin-up and fun surf pin-up shot we did a dramatic romantic lace look with natural light. Her reaction when she first saw these shots… “I look like a model.” I love hearing those words.

I'm Gina Cinardo, an enthusiastic portrait photographer specializing in helping driven professionals become branded online. Wether they want a fantastic headshot or just photographed being in the moment. I make people look polished and amazing in their portraits. With over 25 years’ experience as a photographer I understand the importance of the first impression. I get so much joy seeing people feel good about themselves and succeeding. IIf you’re ready for a portrait that showcases you as an expert at what you do call me today. 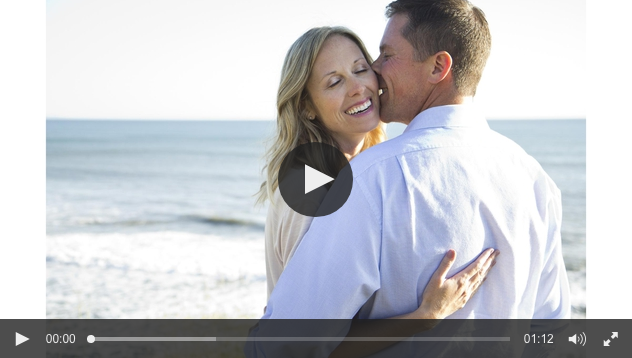